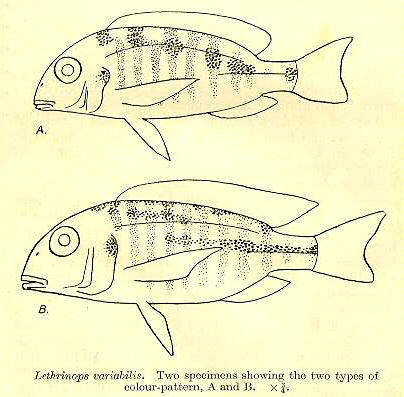 Tramitichromis variabilis is believed to include individuals with two distinct melanic color patterns, as shown in the above drawing from Trewavas' (1931) early monograph of Lethrinops. Scroll down for her drawing of the lower pharyngeal bones of this species and of T. brevis (type species of Tramitichromis).

The peculiar modifications of the broadened anterior dentigerous surface and the steeply descending anterior blade of the pharyngeal bone constitute the current basis for definition of the genus. These specializations were believed by Eccles & Trewavas (1989) to outweigh the diversity of color pattern types represented in the referred species (every species in the genus has a different color pattern!) — which would have to represent multiple character reversals for unknown reasons if they are correct. 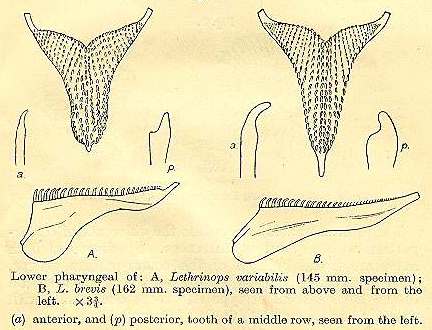